In the past six months, people have faced over 40+ google search down issues due to technical glitches at different times and different dates.

According to downdetector, a weatherman in the digital world, a significant number of people have been facing issues with log-in on Google services and another percentage of people are suffering from search issues. 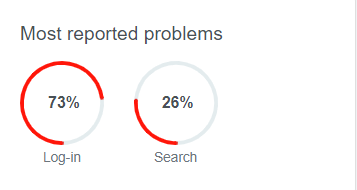 So, is google search engine shutting down?

Well, a shutdown can seriously impact the ranking for the majority number of people out there. Here online reputation agency applies the tips and tricks to outstand the issue.

But being a search engine giant, Google can’t shut down its services due to technical error. However, to this only, they stated to stop their Google+ services due to low user engagement.

Read on to fix the glitches while this shutdown incurs.

Let’s have look at the affected service areas during the search down incurred.

Google’s own products like Gmail, Google Drive or other products in G-suits, were broken during the search down incurred.

This outrage started the chaos on social media, stating different reasons for this shutdown.

Are you trying to figure out the primary reason behind this google search down?

Why Google is Facing Several Shut-Downs?

2019 was the worst year for Google in terms of its product portfolio.

Since a major portion of the internet audience uses Google, a shut-down can cause enormous chaos in the web-world.

This year too, google search stopped working on January 3rd.

However, Google claims to have fixed the issues soon after it was reported. But that doesn’t conclude the issue of several shut-downs in the recent past.

But, most people face issues to figure out a google search down glitch.

Are you facing the same? Read on!

Is your online presence on stake due to any technical glitch? Talk to us!

Google Site Search Shutting Down: How to Determines Google Glitches

When the internet breaks down, it’s not easy to unveil right off the bat the acute cause for Google’s not working for you.

Only a tech-savvy individual can differentiate between Google’s glitches or your own system’s glitches.

However, reputation building services monitor these glitches more prominently as it impacts their services too.

But, is there any way-out for you to determine the google search down glitch more acutely?

There are a couple of factors to figure out Google’s technical fault.

Let’s have a look,

500 Error is an error message shown by Google when the website’s internal server is down.

Generally, the internal server error is shown when the site is programming.

There is the least chance to have a problem from your end in this case.

Sometimes, if the server is unable to process your request or under construction, it shows the text “could not complete your request”.

Typically, it shows an error code with it too.

People have a misconception, whether this problem is with their own system or Google, but often the problem is from the website’s end.

Backend error could be one of the reasons behind this Google search down.

It appears when the server is unable to fetch data from origin servers. The error often shows up with a text “service unavailable or 503 error”.

The usual reasons for this text to show up include origin server generated the error while fetching the data, origin returned without response header, HTTP status line was not fetch-able, etc.

More Steps to Figure out a Google Search Down

Apart from these error message codes, is there any other way to figure out why is google site search shutting down?

What if your Google isn’t working yet you’ve not received any of these error messages?

Even if you don’t receive an error code while accessing Google or any of Google’s services, it means there is an error hidden.

Either it can be your internet connection or it can be Google’s server.

If your device has a proper internet connection still you’re facing the glitches while accessing any of Google’s service, here are some steps to follow:

When each of your devices can load other pages except for Google and its services like YouTube and Gmail, be sure you’re facing Google search down.

Conduct a Little Research on Google Search Down

If everything is great on your end still you’re facing issues with Google, the primary step here is to confirm the same.

Since Google has a large user base, rumors spread at rocket-speed and hamper other’s productivity.

So, it’s advisable to conduct a little research on google site search shutting down to make sure if it’s really down.

Here are some steps to follow to when you’re suspecting a google shutdown but not sure enough,

G-suite is a great place to kick-start the research process.

It shows the relevant information related to connectivity and downtime issues with Google’s services or Google. 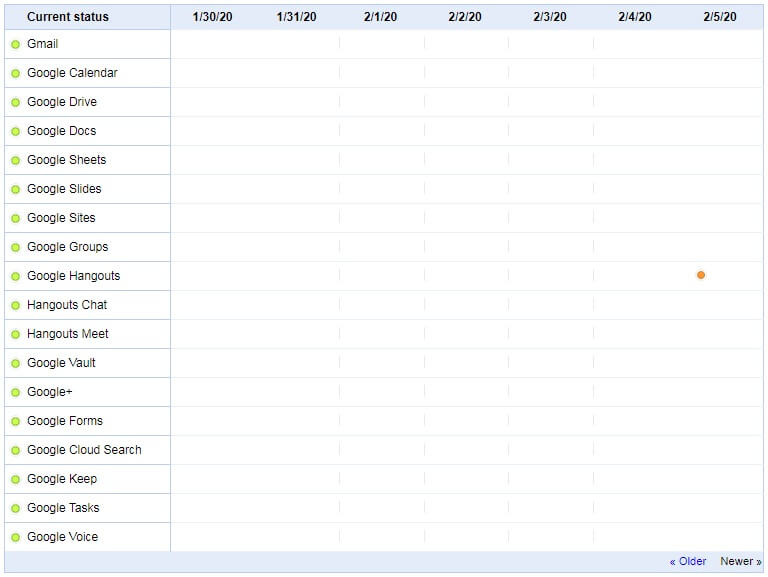 If a lot of these services face issues, that’s a sure-shot indication of google search down.

And everyone will experience the same in this case.

But, if Google is down itself, it can’t open up any pages. So, you won’t be able to see the G-suite page too if the search engine is down. However, in most cases, people have faced difficulties with Google’s server, not the search engine itself.

Anything happens on the internet, social media is the first place to get confirm updates.

Google is the search engine giant, failing to provide its services catches instant attention on social media like Twitter.

Social media is a great platform to search for google search down issues since most people talk and discuss their issues here.

So, is google search engine shutting down?

Fire the search bar with #googledown to get all the real-time relevant information.

Make sure you click on the recent tweets, otherwise old tweets will create useless panic.

Google Down: Fix the Technical Glitches from Your End

Prior to asking the question and fire-up the internet with queries, issues, and rumors, make sure your system is working perfectly.

What if the problem is at your end only?

What if Google is working for everyone except you?

Well, we’ve got a solution for that too!

Follow the simple steps to get Google working again,

Are you using a fake Google site?

Have you typed the wrong address in the search bar?

These two often are the two major reasons for facing a poor site experience.

Hence, verify the site first prior to taking any further action.

There are instances where web search was not working on Google without impacting the app.

So, if you’re facing issues with google web search, try using the app instead and access the pages.

Else, you can shut down the web browser completely and re-open again.

Often the server gets down due to piled up history and junk files.

Clearing browser history or cookies is the best idea when browser-related problem incurs.

Clear the browser cookies and cache files if the Google browser is not working for you.

Google search down can cause a huge uproar on the web-world. But, oftentimes people can’t figure out a shutdown unless it’s a long one.

However, a well-versed personal reputation repair expert can easily figure out a glitch and map-out necessary precautions.

The comprehensive guide will help you to figure out the reason behind google site search shutting down with easy and convenient steps.

Also, you can figure out the problems from your end.

Have you ever suffered a google shutdown? Don’t mind to share with us.

Get our daily newsletter from RBS's Founder Sourabh Sharma about the latest reputation blogs in the industry!